You are here: Home › Cyprus in brief

Cyprus is the third largest island in the Mediterranean, characterized by superb climate and constant sunshine throughout the year. It is considered as a modern European country with appreciable ancient enchantment. The island’s secure (crime free) environment along with the spectacular scenery of turquoise seas, or pine clad mountains, the long history and rich culture provide a perfect formula for an experience everyone will remember. Cyprus may be reached by air in no time from continental Europe, the Middle East and Africa, and well served by all major airlines. 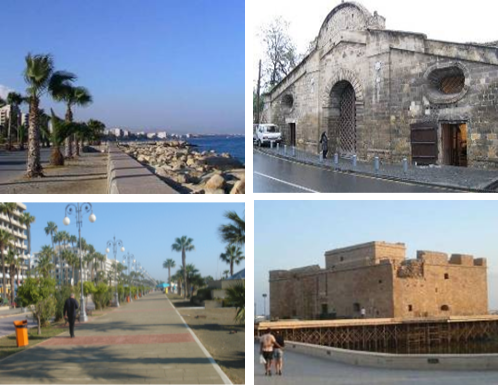 The island’s second largest city, Lemesos (Limassol) is the island’s main port, the centre of the wine industry and a bustling holiday resort. The city fans out between two of the most spectacular archaeological sites in Cyprus built on cliff tops with spectacular views overlooking the sea – the ancient city-kingdom of Amathus to the east and Kurion to the west. Finds from these sites have made their way abroad, such as an enormous stone vase, one of the largest ever found, unearthed at Amathus is now at the Louvre Museum in Paris, while objects from Kurion are displayed in the Metropolitan Museum of Art in New York.

The sun-kissed southern slopes of the Troodos mountains with their vineyards form a pleasant green backdrop to the city, dotted with delightful hillside villages known collectively as the ‘Krassochoria’ (or wine villages). The old forms of viticulture are still kept alive here producing the island’s best dry red wines.     The most famous of all the wines is Commandaria, one of the oldest named wines in the world, having had the same name for eight c 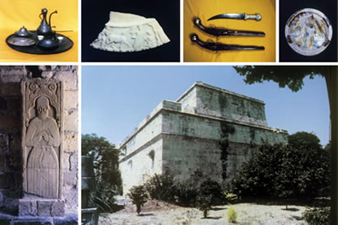 enturies. It was originally produced and exported by the Hospitallers, the Knights of St. John of Jerusalem, from Kolossi castle, where they had their headquarters (Grand Commandery), and which can still be seen today on the outskirts of the city.

Germasogeia dam and Akrotiri salt lake are unique wetlands ideal for observing nature and wildlife and peaceful places to relax, go for a walk or indulge in some angling. Birdwatching enthusiasts may see herons, ducks, chaffinches, cormorants and kestrels, or even the Greater Flamingo which winters at Akrotiri in the thousands.